While the comic has been on hiatus since the end of April last year, I still have plans to continue the project.

In honor of it being four years since I launched the website, here’s the first comic I made for this: The Jon Hamm Dream.

This is an actual dream I had and this is still one of my favorite things I’ve made.

This weekend I went out to this same beach with these same kids and the same kite was flown. It helped me remember the trip I talked about in the comic about my affinity for Charlie Brown, so I thought I’d share this again. 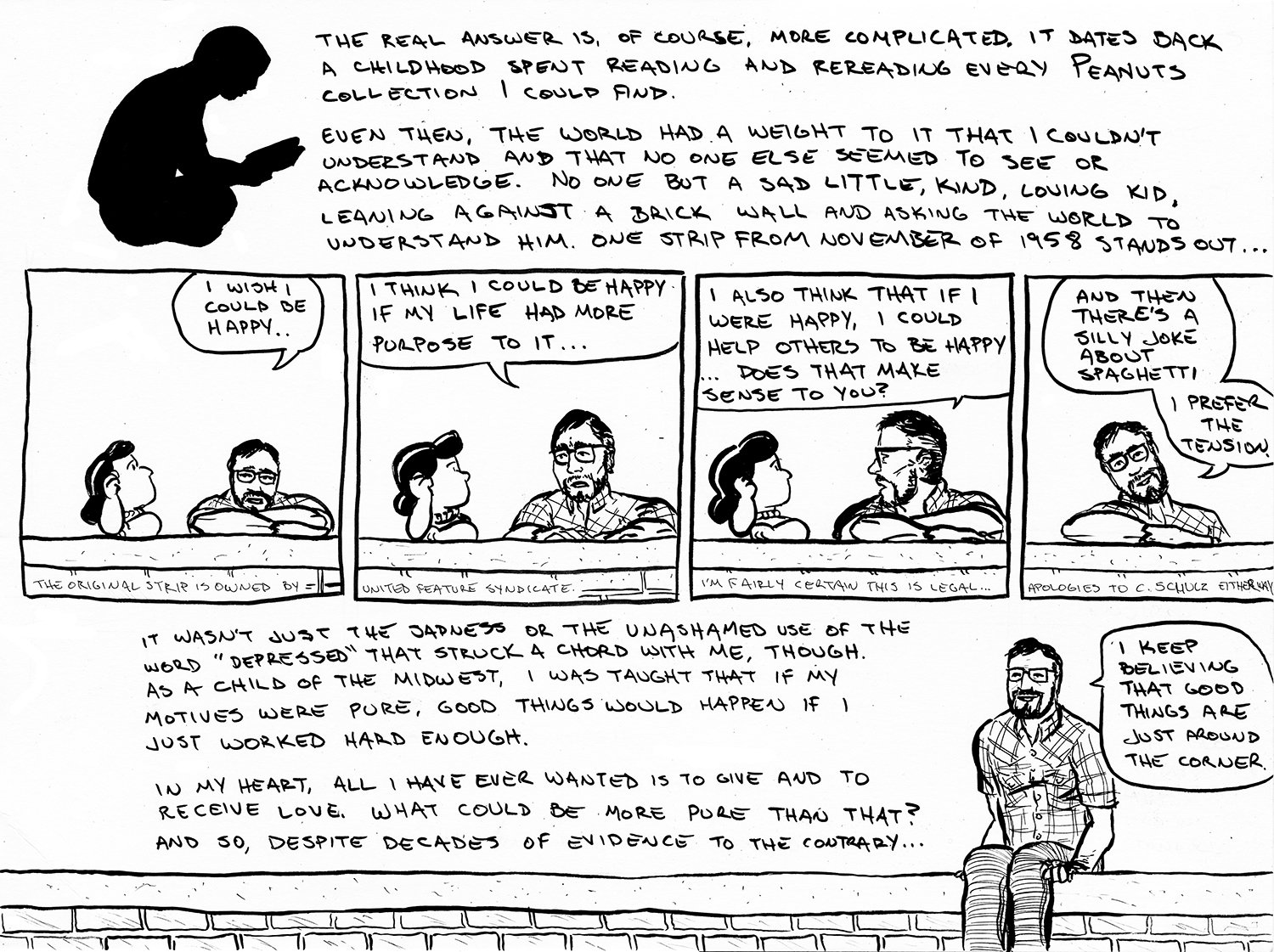 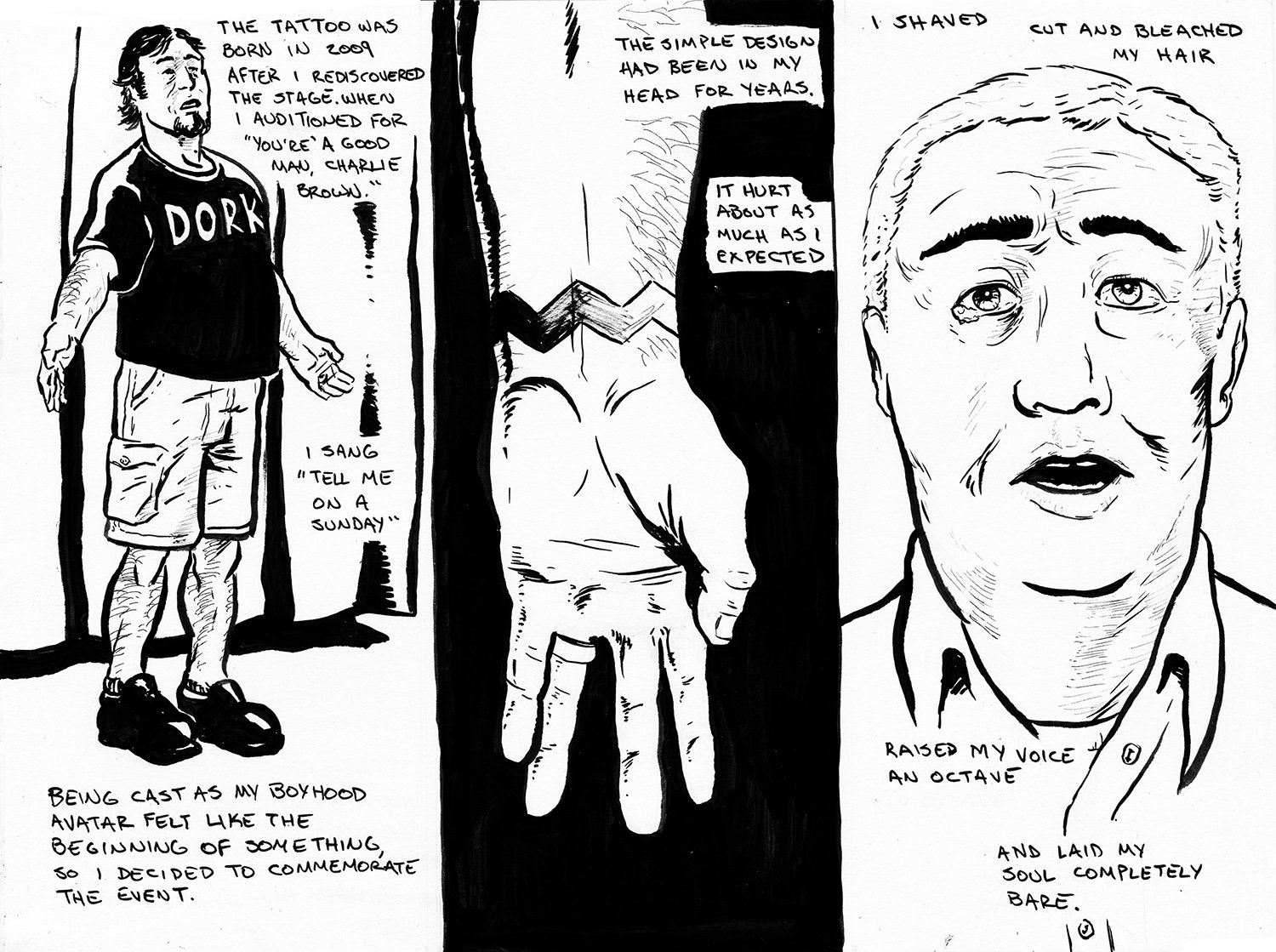 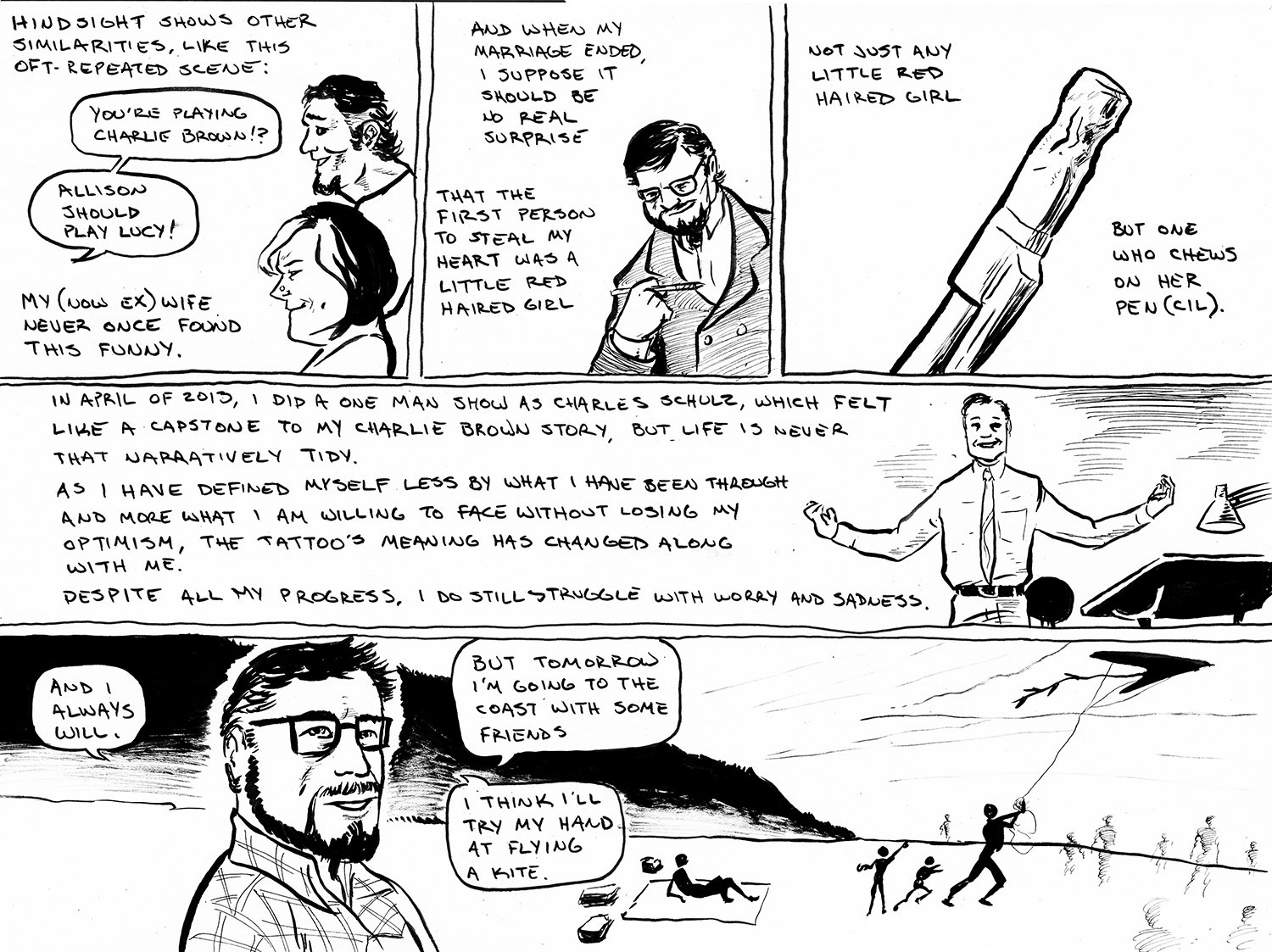 Three years ago I posted what is likely the most important comic of this project so far. I did it to purge my demons, but also in the hopes that it would reach others who had also been assaulted and give them some comfort.

Since then I’ve heard from people both privately and publicly who have told me that my story helped them with theirs. That still overwhelms me. I don’t advocate that all Survivors tell their stories so publicly, but helping others where I can (in my work, in my group therapy sessions, in my presence on social media) has been a balm to the hurt that was done to me. You be safe first and foremost, but if you can safely tell your story and you feel so compelled, then know that it could be a help to someone out there who needs it. Someone who might be feeling alone and could use a stranger’s voice telling them that they aren’t.

And if you haven’t read this before or even if you have and just need the reminder: You’re not alone.

Backstage in the Brunish Theater here in Portland, I found every excuse I could do a pull up right next to the sound booth, behind the main audience seating.

I miss doing pull ups. I need to get back in shape.

When I worked here, there was a worn spot in the dirt on this wall on the first floor stairway where I did pull ups every time I found an excuse to go down that stairwell.

I miss being able to do pull ups.

I became kind of an exercise junkie for a while and I really miss that. Today is a comic that reminded me of that.

The best art, in every medium, is about truth.

Sometimes the best thing about theater is seeing your friend kill a role.

This is the only solid evidence that exists of the dance number I had in a show once.

It cut was for the good of the show (I actually agree with the change – the show was way too long), dancing is … no my forte so getting good at this meant I put in an absolute ton of work. But I still had those moments in front of the cast and with my dance partner, and I’ll always treasure those.

This is still one of the best jokes I’ve ever made. Full stop.