This weekend I went out to this same beach with these same kids and the same kite was flown. It helped me remember the trip I talked about in the comic about my affinity for Charlie Brown, so I thought I’d share this again. 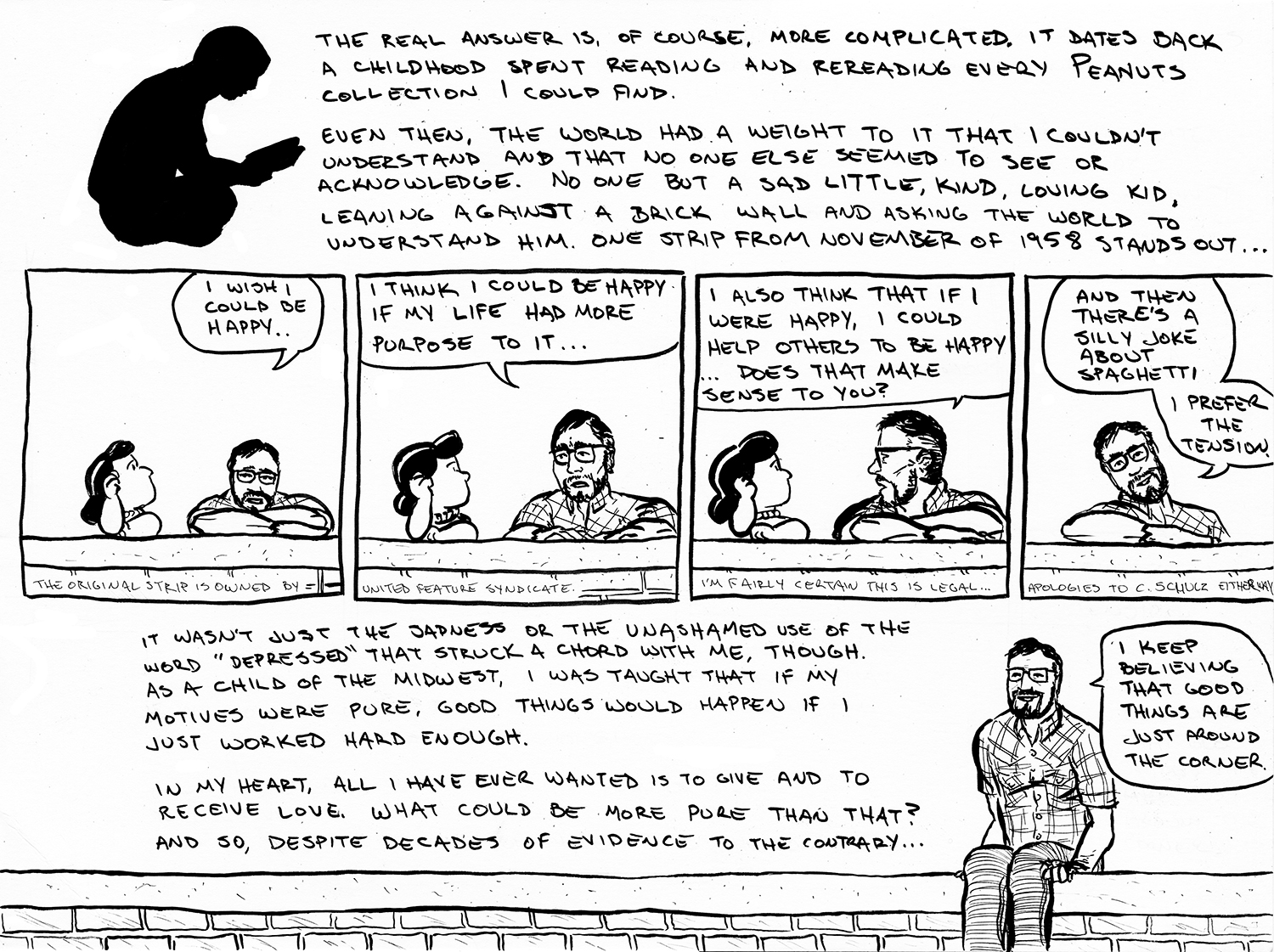 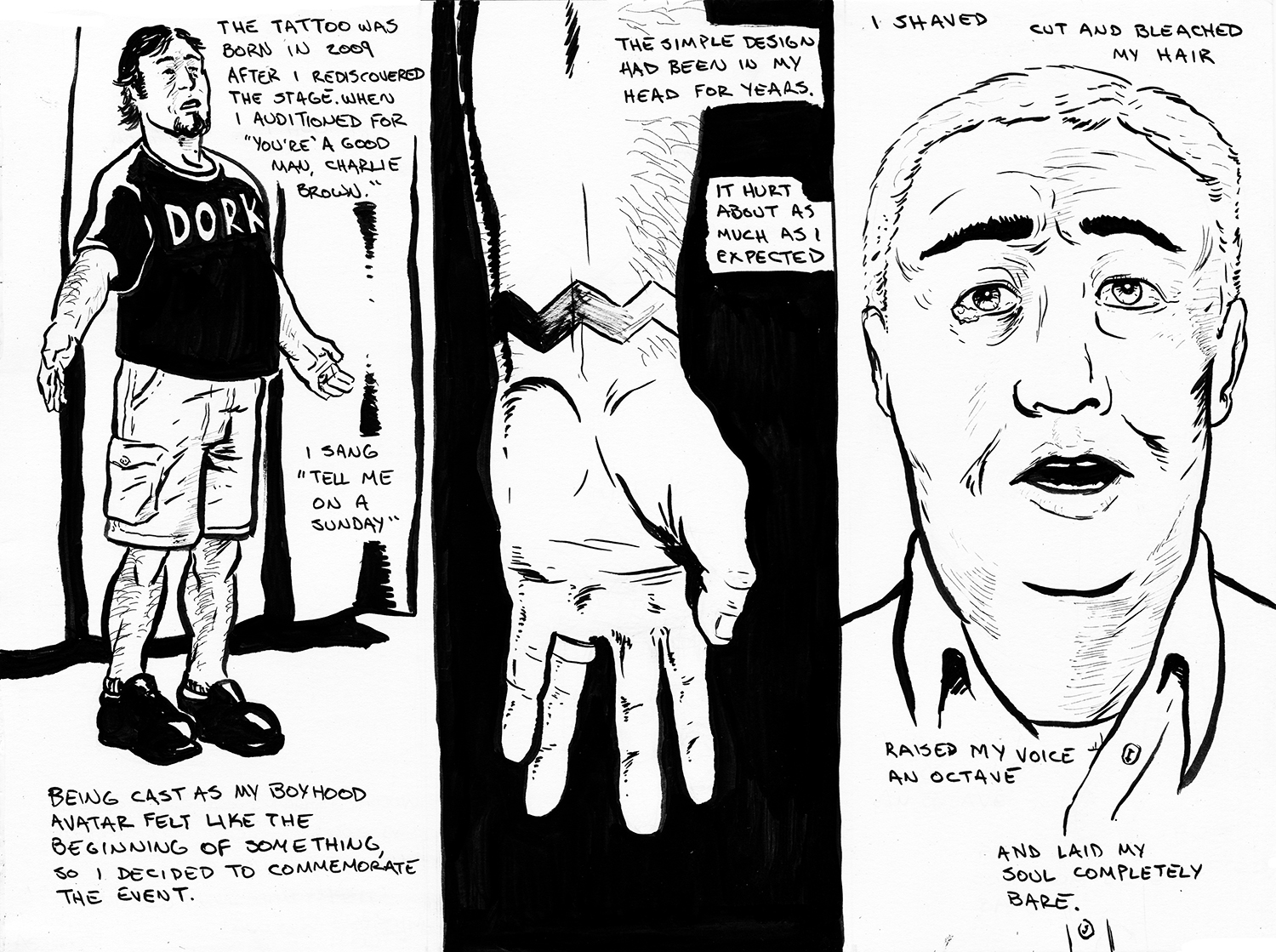 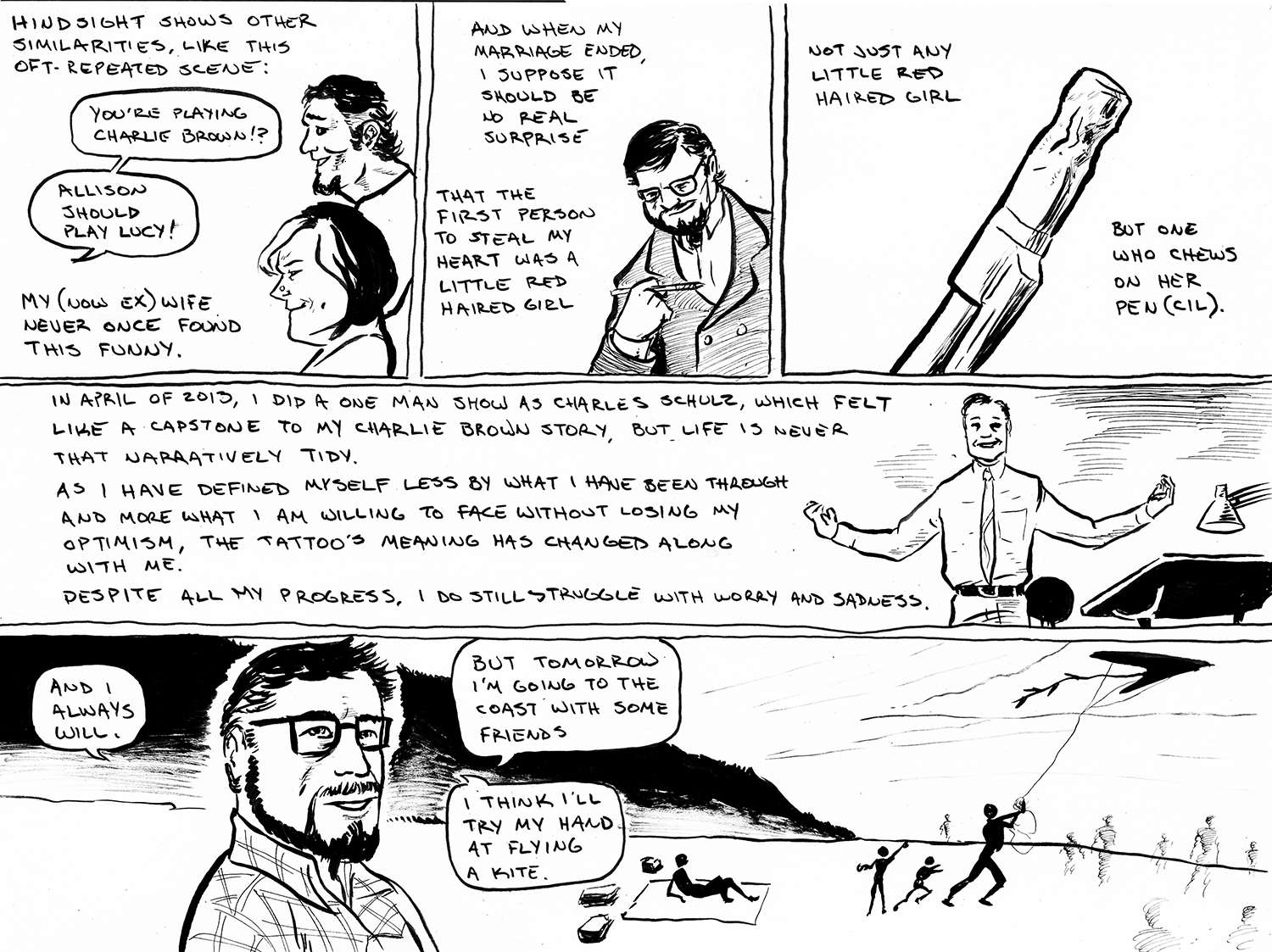 Three years ago I posted what is likely the most important comic of this project so far. I did it to purge my demons, but also in the hopes that it would reach others who had also been assaulted and give them some comfort.

Since then I’ve heard from people both privately and publicly who have told me that my story helped them with theirs. That still overwhelms me. I don’t advocate that all Survivors tell their stories so publicly, but helping others where I can (in my work, in my group therapy sessions, in my presence on social media) has been a balm to the hurt that was done to me. You be safe first and foremost, but if you can safely tell your story and you feel so compelled, then know that it could be a help to someone out there who needs it. Someone who might be feeling alone and could use a stranger’s voice telling them that they aren’t.

And if you haven’t read this before or even if you have and just need the reminder: You’re not alone.